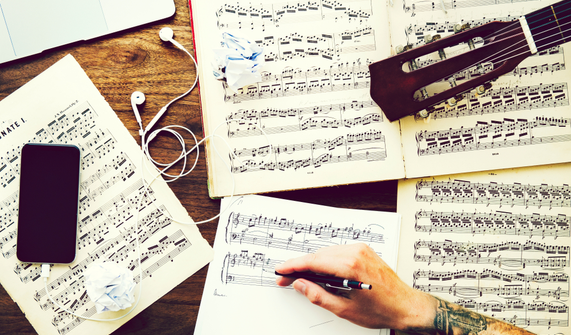 How To Get Started With Improvisation

In this blog let’s look at how you, the online music student, can get started with exploring the world of improvisation. A topic that may seem overwhelming, mysterious, and perhaps intimidating, but it doesn’t have to be. With a few tools in your music toolbelt, you can be set up for success when it comes to improvising, taking the mystery out and injecting your music experience with fun and excitement.

Let’s get started with defining what improvisation is. In basic terms, improvisation mirrors closely what happens when having a casual conversation about a topic. For example, let’s say that you and your neighbour meet on the street and start talking about how your day is going. This type of conversation is off the cuff, not rehearsed, but sounds polished. It doesn’t require much thinking since the questions and statements are usually things that you might have said hundreds of times. “How are you doing”, says the neighbour to you. Your response might be “It is going really well, how are you doing?”. Your neighbour might reply with “It is going great, what have you been up to?” to which you might say “I’ve been busy taking some online music lessons from Brady Arts Academy which has been going fantastic!”. The language used to talk to your neighbour is simple, understandable, and relatable to the topic of the conversation. If a third person joined the conversation they would be able to understand the context of the conversation and contribute at the opportune time. This in a nutshell is what improvising in music is, an instantaneous composition within the context of a set of parameters as defined by the participants of the music.

Improvisation typically isn’t a random act. An improvised solo can sound “in” or “out” depending on choices made by the improviser. There is an emotional component as with any music, but there is a point where the listener may be aware that some choices made by the improviser sound random to the point where they might not make sense. For example, if in the conversation with your neighbour you talk about the weather, you might start out by saying “I’ve been enjoying the sun!”. If however, you suddenly start discussing the type of laptop you have and throw in random words or sounds, the conversation might not make too much sense anymore, regardless of the emotions put into the conversation.

Here is what this might look like in a conversation with your Neighbour: “I’ve been enjoying the sun! The HP Laptop I use has a lot of Ram. l;akjsdfoijweaofij sounds laksjdf;laksjdf noise, al;skdjf;laskdjf, farming!”. As you might imagine, the neighbour that stopped and asked how you are doing might raise an eyebrow at your answer.

Improvisation can be broken down into three elements, melody, harmony and rhythm. Depending on what instrument you play, one of the three elements might come easier to you than the others, but this doesn’t mean that working on all three elements isn’t needed or beneficial. A drummer might have an easier time picking up on the rhythmic element of the music, but a drummer might get lost in the form of a song at times. In order to find the spot in the song, if the drummer is aware of the melody or harmony it is easier to find where in the song the band is. Let’s break down the three elements and discuss how to get started working on each of the elements. It should be said that while in a theoretical sense there might be right and wrong notes, but in practicality, it is up to the musician to lay out a path in a solo that might make sense in an overall context of the solo. After all, music is about dissonance and resolution.

Melody, something that is usually played one note at a time, is perhaps the most common element that listeners are drawn to. In a song you like, listen to the melody, the notes of the melody and the lyrics. Typically there is a structure of having a verse followed by a chorus than a different verse followed by the same chorus. As an improviser, being aware of the melodic structure of the song and the words or feel of the song can offer a direction for the solo. Let’s say that the song we want to improvise over is a blues song that is about the struggles of being a neighbour. Keeping with the storyline of the song, an improviser would likely stick to a minor (or sad) scale to keep within the context of the song. Some improvisers will use notes outside of the “context” of a song. In a theoretical sense, there is a right and wrong note, in a practice sense however, the notes that the improviser chooses can be theoretically wrong but make sense within the structure of the solo. Some say if you land on a “wrong” sounding note, the “right” sounding note is only a semitone away. If you are not familiar with note reading, check out our blog Learn Your Notes in Six Easy Steps.

Harmony on the other hand relates to chords, notes that are stacked on top of each other, that have a movement that leads us through a song in a logical order. While this blog won’t go into harmony deeply, one way to get started in the blues is to understand what the note order does to a chord. The best place to start talking about harmony is in front of a keyboard or piano. If a chord is made out of three notes, you have a root, a third, and a fifth that define the chord. The third is an important note as it defines the chord as major or minor.

Exploring the harmonic relationship between chords gives the improviser an understanding of what scales/notes are strong, weak, consonant, or dissonant over a given chord. It is the grammatical context of the words we use when writing in our mother tongue.

Rhythm on the other hand allows us to create musical ideas within the rhythmic context of the meter that the song is in. It is what makes the music choices infinite. Playing all quarter notes followed by a mix of quarter notes and eighth notes offers a rhythmic variation. Timing or feel is also important to understand. If a song follows the blues, for example, the emphasis is placed on the second and fourth beat of the bar.

Regardless of how good of a note reader, ear player, or in-between player you are, the reality is that improvising is about using a language to express ideas. Just like learning a language, adding on one word a day means that eventually, you will be able to complete sentences, and then paragraphs. The more you know about the language the more you can express thoughts and feelings about various topics of discussion. Listening to a lot of music, musicians, and transcribing musical ideas will feed the ear. Knowing about the harmonic context of scale/chord or melody and harmony will feed the brain. Some may be great improvisers by ear, some by knowing all the theory, but those who work at the craft by developing both the ear and the mind find advancing as an improvise a rewarding and fulfilling experience. 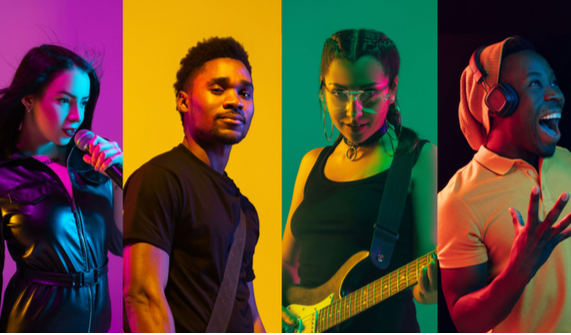 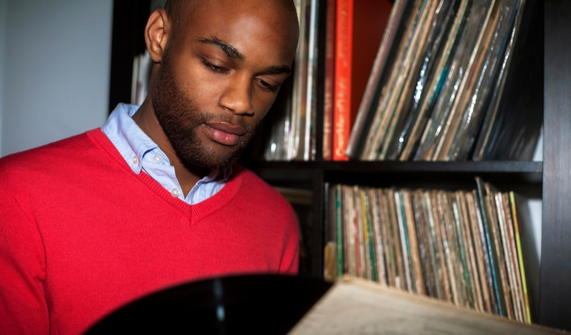 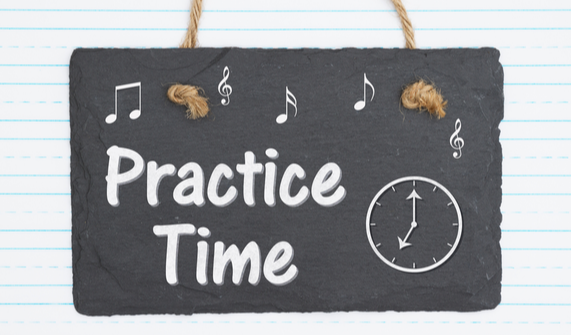 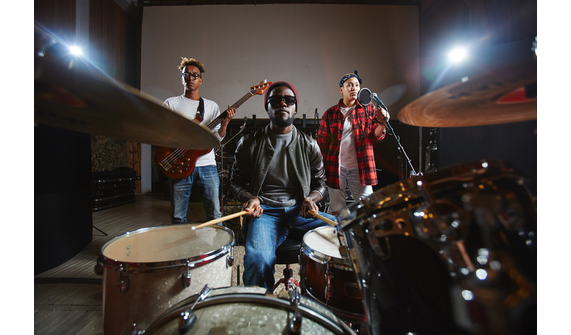 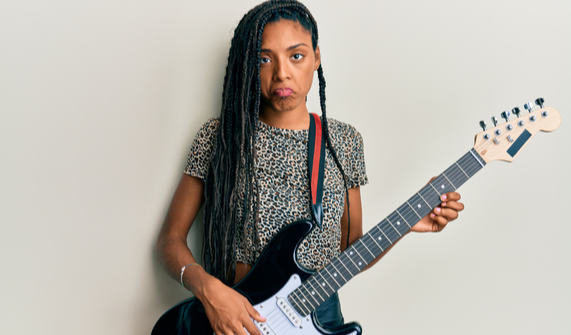 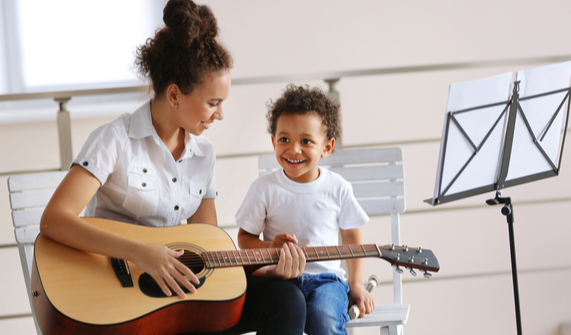 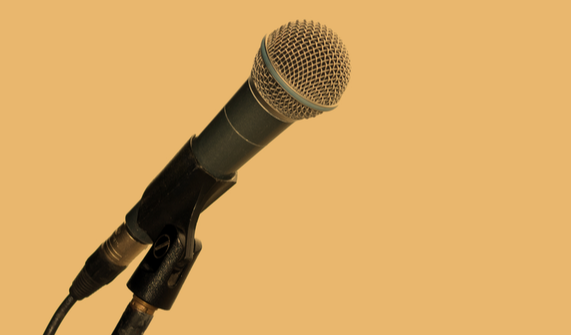